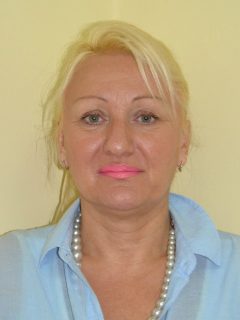 PhD Dragica Stankovic was born on August the 29th 1963 in Belgrade. She finished primary and high school in Belgrade, too. She graduated from the Faculty of Agriculture of the University of Belgrade in 1989. She enrolled in PhD studies at the department “Preservation and advancing of environment” in the Centre for multidisciplinary studies of the University of Belgrade in 1991/92.

She defended her master thesis entitled “Potentials and resources of forest area Goc as a base for development of integrative managing” in the Centre for multidiscipline studies of the University of Belgrade in 1996.

She defended her doctoral dissertation entitled “Research of traffic influence on pollutants concentration in forest ecosystems of National Park Fruska Gora related to preservation and advancing of environment” at the University of Novi Sad,  Department of Biology and Ecology in 2006. After that, she became a doctor of biological science.

From 1992 to 2000, she was employed in the Centre for multidisciplinary studies of the University of Belgrade as a researcher.

Since 2000 she has permanently been engaged at the University of Belgrade Faculty of Forestry.

She was engaged and elected Assistant Professor (2007-2012) at the Faculty of Forestry of the Banja Luka University for the subject “Forest and environment”.

In 2003/04, due to certain circumstances, she was involved in the teaching process as a teaching assistant in the subject “Forest eco-climatology” for a narrow scientific field Silviculture at the University of Belgrade Faculty of Forestry.

In the 2003-2007 period, she was elected technical editor and secretary of the journal “Sumarstvo”.

PhD Dragica Stankovic published a university book entitled “Woody species physiology” with Professors Borivoj Krstic and Rodoljub Oljaca. Her monograph entitled “Plants and traffic” was published in 2008. She has published over 80 various scientific publications. There have been more than 20 SCI scientific papers.

As a leader and researcher, she participated in the realization of numerous domestic and international scientific projects.

She was a member of many commissions for bachelor and doctoral thesis. She is currently engaged in the production and defense of two doctoral dissertations.

Her scientific activities include the evaluation of exposure, risks and influences of pollutants on the environment and humans on the whole.

She is working on the scientific aspects of environmental problems that are based on the evaluation of the concentration and accumulation of pollutants in different plants in urban and rural areas.

Her research interests and activities in the last several years have mainly been focused on natural and artificial pollutant sources, above all on heavy metals, and they also include evaluation of exposure, risks and influence on the environment. Research about toxic heavy metals effects has mainly been based on the application of bioremediation or, better to say, phytoremediation due to environmental preservation at the local, regional and global levels.