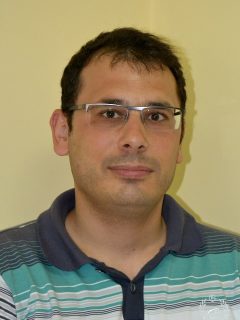 PhD Dusan Jokanovic has been employed at the University of Belgrade Faculty of Forestry since September 2010. At first, he was an associate research trainee, and  thereafter he was engaged as an associate researcher. On 1st April 2016 he was elected teaching assistant. On December 20th, by decision of Biotechnical Sciences Council, PhD Dusan Jokanovic was elected assistant professor.

So far, he has published about 30 scientific papers and among them 5 are with impact factor (SCI). Very different issues are covered in his papers such as: Wood anatomy, Morphological features of some woody species, Physiological reactions of plants to some ecological factors, floristic and vegetation features of some plant associations, phytoremediation and heavy metals accumulation from plants vegetative organs, etc.

PhD Dusan Jokanovic participated in realization of 6 scientific projects financed by the  Ministry of Education, Science and Technological Development, and by the public company “Vojvodinasume”.

He has been abroad (Vienna, Dusseldorf) a few times in order to improve his scientific and professional knowledge. In the summer of 2010 he got a scholarship from the “Goethe Institute” for staying and attending the most advanced German language course in Berlin. He spent a month there and it should be emphasized that PhD Dusan Jokanovic was chosen among more than 200 competitors.

He took part in many international conferences and in some of them he was a member of the organizational board, such as “Reforestation Challenges”, that was held from 3rd to 6th June 2015 at the University of Belgrade Faculty of Forestry.

He has also been a member of scientific the society “Reforesta”

He is fluent in English and German at the level he can give lectures in both languages.