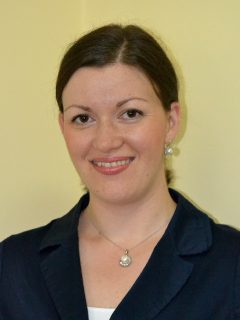 As for professional work, Dr. Marina Nonic passed a trainee exam in the nursery “Omorika” in Belgrade (within the program “The first chance 2009” related to the employment of young people). During a one year long trainee period, she got some practical knowledge related to seedling material production (vegetative and generative reproduction of woody species) and design and establishing of green areas with different purposes. All these skills were confirmed with an appropriate certificate. During 2010, she was an engaged lecturer within the course “Gardening and individual leading of companies in landscape horticulture”, in the Educational Centre “Djuro Salaj” in Belgrade.

She was also engaged as a member of organizational board in preparing and realization of international scientific conference “Reforestation challenges” that was hold in June 2015 at Faculty of Forestry from Belgrade University. She was a part of secretary of “The Fifth Symposium of Section for organisms breeding – Genetics Society of Serbia”, that was hold in May 2016 in Kladovo.

Within Short Term Scientific Mission, financed by COST Action FP0905 „Biosafety of forest transgenic trees: improving the scientific basis for safe tree development and implementation of EU policy directives“, she was in Florence in 2011, in Italy in two institutions (Directorate General – Sector for the development of agricultural and food enterprises и Plant Genetics Institute – National Research Council of Florence).

She got a grant European Union Seventh Framework Programme –  FP7 „Trees4Future“, for professional work she did in 2013 in Federal research and educational centre for forests, natural disasters and landscape in Vienna, Austria (Bundesforschungs- und Ausbildungszentrum für Wald, Naturgefahren und Landschaft – BFW, Wien, Austria), at the Department for Genetics – Unit for Genome Researching.